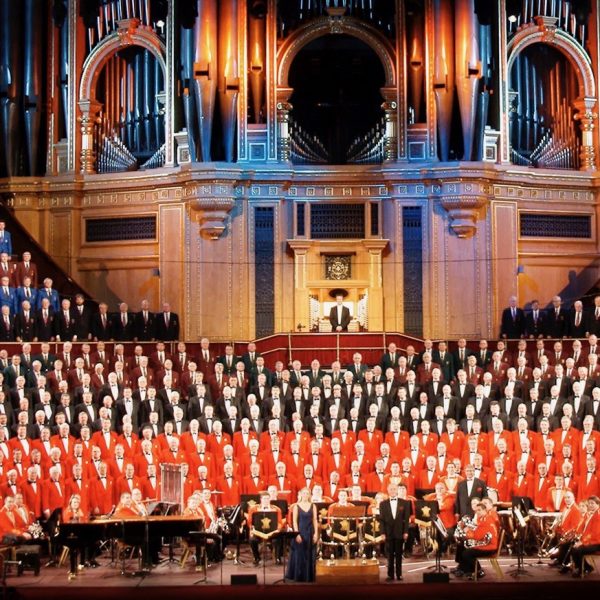 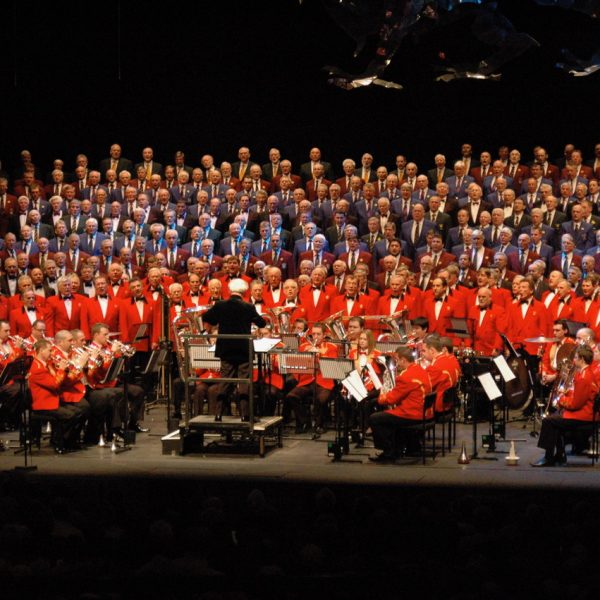 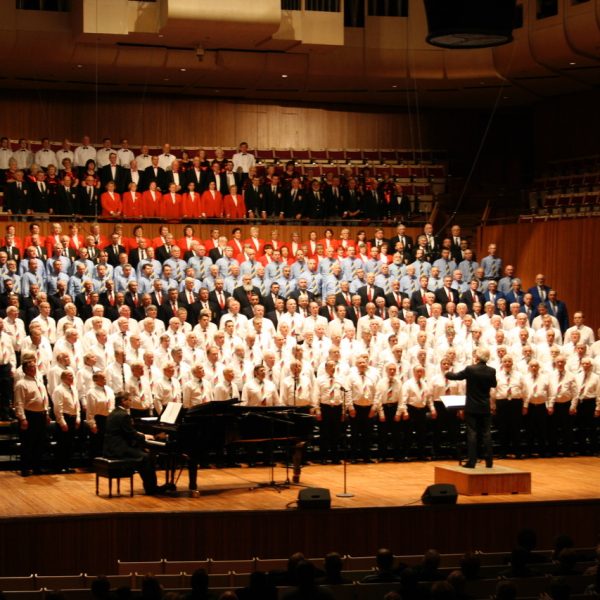 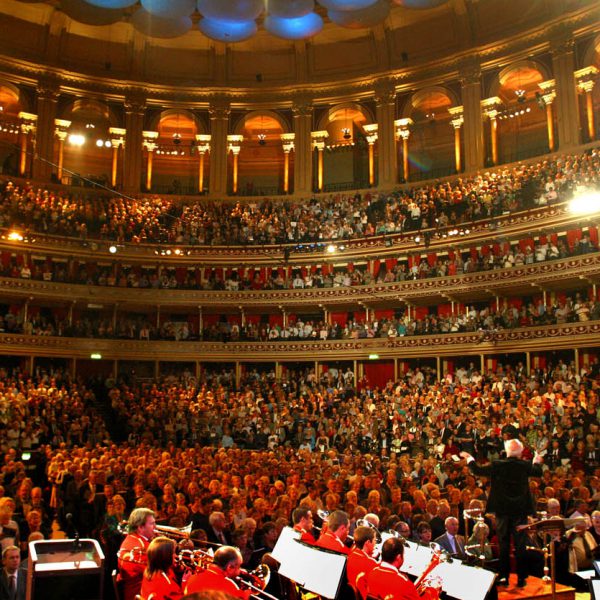 Haydn was privileged to conduct the singing of the National Anthems with some of the very best UK choirs at ten games in the 2015 Rugby World Cup, in Twickenham, Wembley Stadium and the Millennium/Principality Stadium in Cardiff. Mixed Choirs were used throughout the tournament, and the photos below are from some of the games. 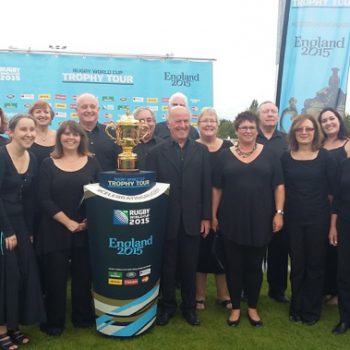 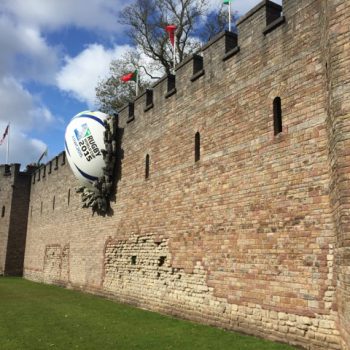 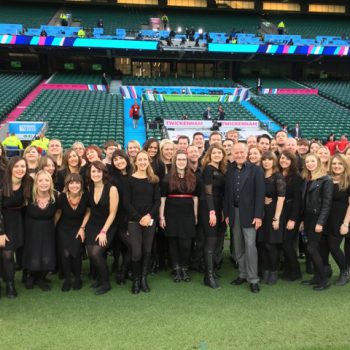 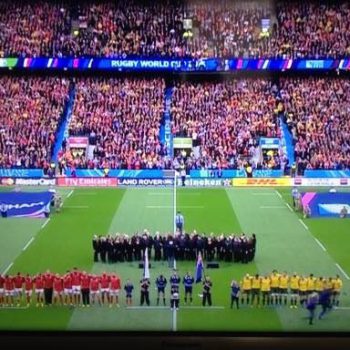 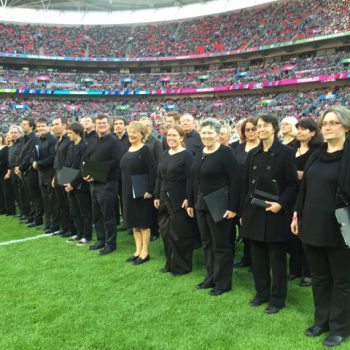 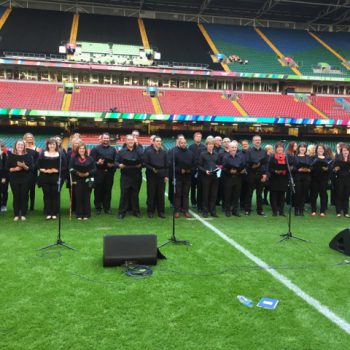 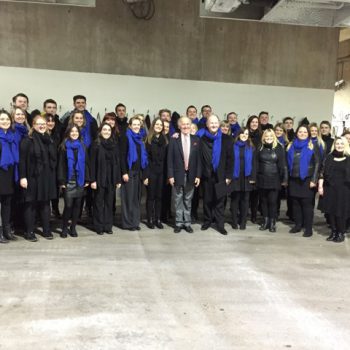 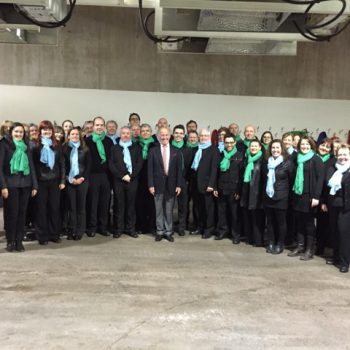 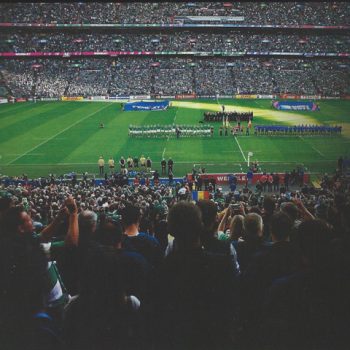 As Musical Director working with the Welsh Rugby Union, Haydn has conducted bands, choirs and supporters at more than 130 international matches at Cardiff’s Millennium/Principality Stadium since the Stadium opened in 1999. He has travelled to Murrayfield in Scotland, Stade de France in Paris and Newlands in Cape Town to conduct the singing and Welsh Anthem, as well as to Australia (2001 and 2013), New Zealand (2005) and South Africa (2009) with Melody Music’s British and Irish Lions Choir, where he led the singing before many of the Test Matches and entertained supporters in ‘The Lions Den’,  as well as  giving concerts in the host cities in all three countries..

In 2017, Haydn was privileged to be invited to join the British & Irish Lions team and management at their training camps in Wales and Ireland, preparing and teaching songs for use by the squad on the successful tour to New Zealand

Haydn has also conducted the singing before many cup final games at Cardiff, Twickenham and Wembley, including the Heineken Cup, the EDF Cup, the Powergen Cup and the LDV Vans Trophy, as well as at Lords Cricket Ground on the occasion of an England international cricket match.

He was honoured to appear at an FA Cup Final in Wembley, working with the Band of the Grenadier Guards, Lesley Garrett and Katherine Jenkins. Haydn is seen here leading the singing at Wembley Stadium prior to the game.

Haydn has been involved in three Rugby Union World Cup tournaments – in 1999, he was Assistant Musical Director for the opening and closing ceremonies in Cardiff, and in 2007 travelled to Paris to work with the French Army Chorus and the Presidential Military Band in the recording of five National Anthems for the tournament. In 2015, Haydn conducted the singing at ten World Cup games in Cardiff, Wembley and Twickenham Stadiums.
Haydn has now led the singing and Anthems at six Rugby League Cup finals in Cardiff and Wembley, and conducted at the opening ceremony of a Rugby League World Cup tournament, and also at the semi-finals in Wembley Stadium.

The photographs opposite show 1000 singers (24 choirs) who were brought together for a Wales v Australia game; below this is a photograph with a choir of 1800 voices (42 choirs) at a Wales v Barbarians game.

At the foot of the page, there are three photographs of The British & Irish Lions Choir on tour in Australia. Haydn is seen with accompanist David Last and Managing Director of Melody Music, Mark Burrows. 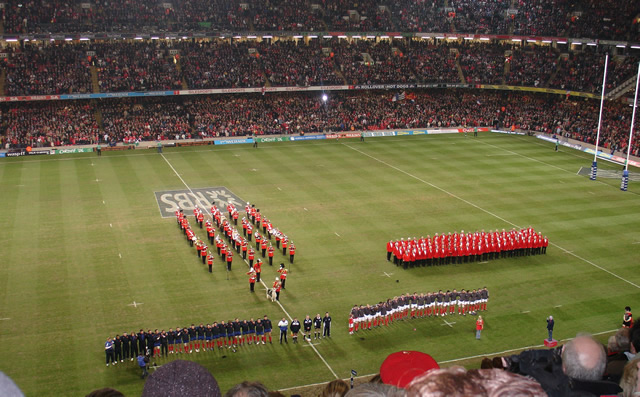 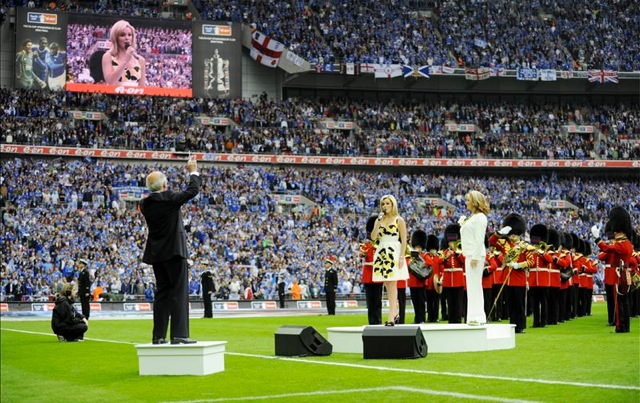 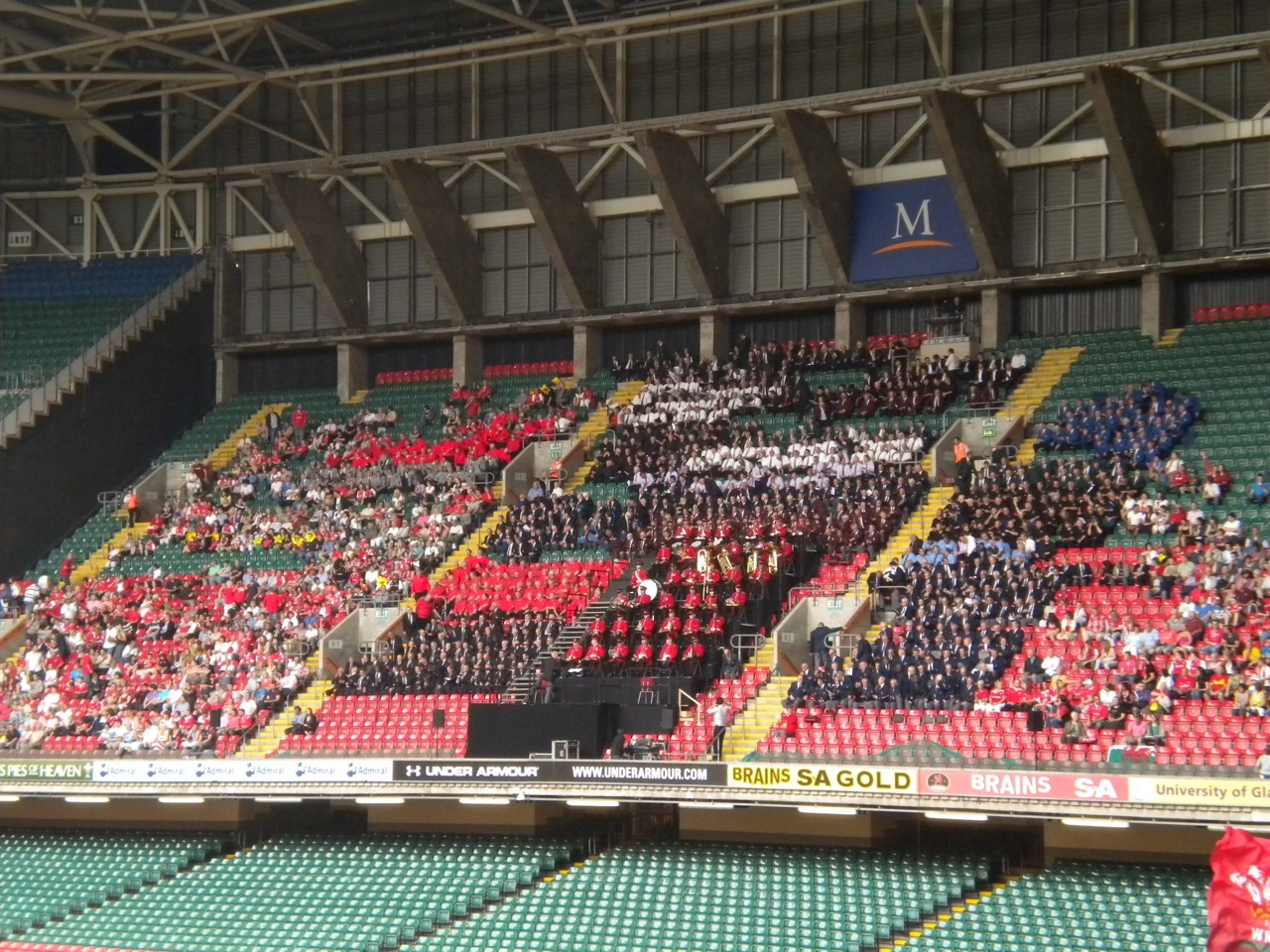 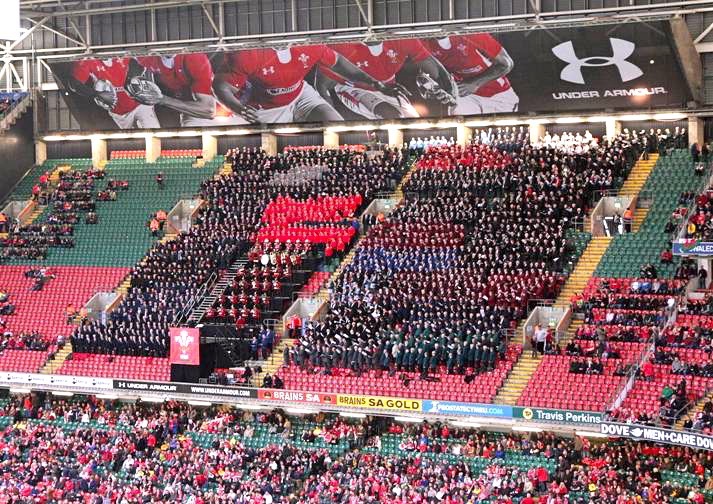 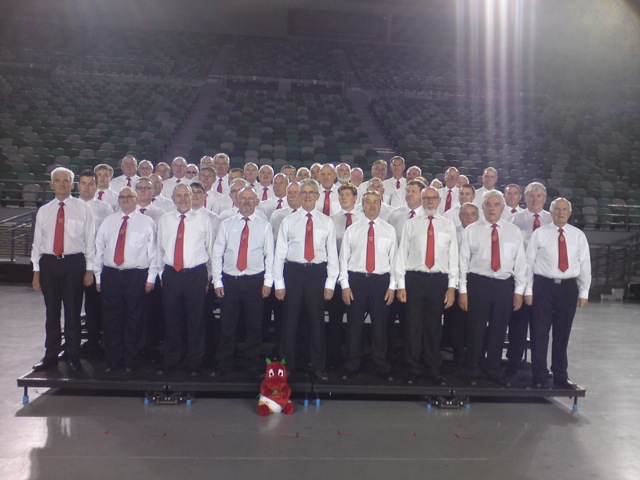 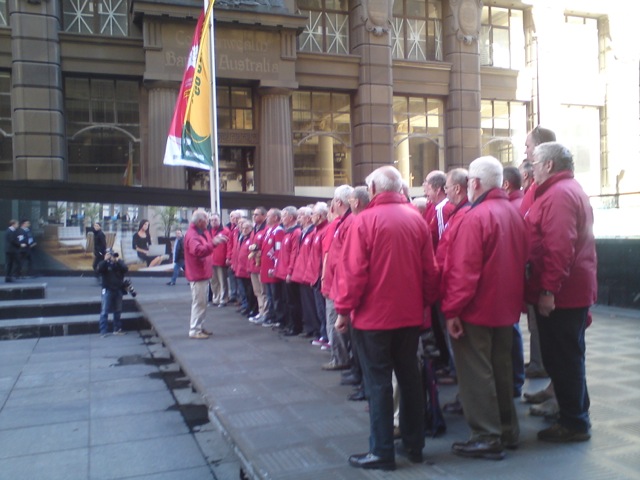 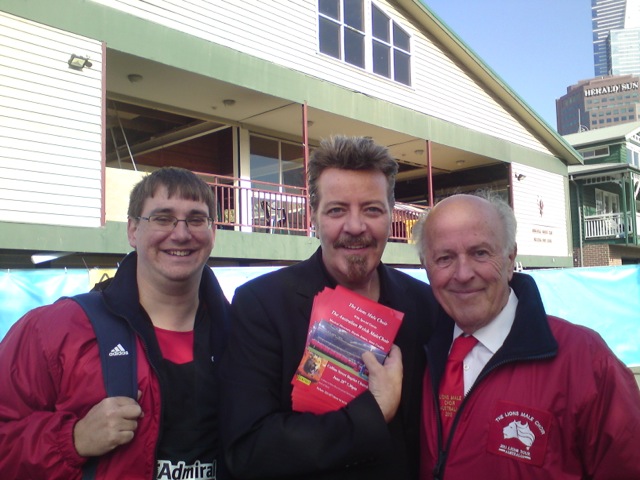